From Woodland’s Lookout Point, one of the highest point in the city, Dayton’s skyline far surpasses the dreams of John Van Cleve; who was one of the city’s important leaders and Woodland’s founder. By the 1840s, Dayton was outgrowing its original cemetery at Third and Main Streets. The village was growing therefore a larger, more suitable cemetery was needed.

Selecting from thousands of available acres surrounding the city the original trustees, led by John Van Cleve, chose 40 remarkable acres with beautiful hilltop views as well as a wide variety of trees. Opening in 1843, it was for that natural beauty the cemetery was to be named “Woodland.” At that time the location seemed quite far from the center of the little city. Little did they know that, in the decades to come, Dayton would expand to surround Woodland Cemetery. 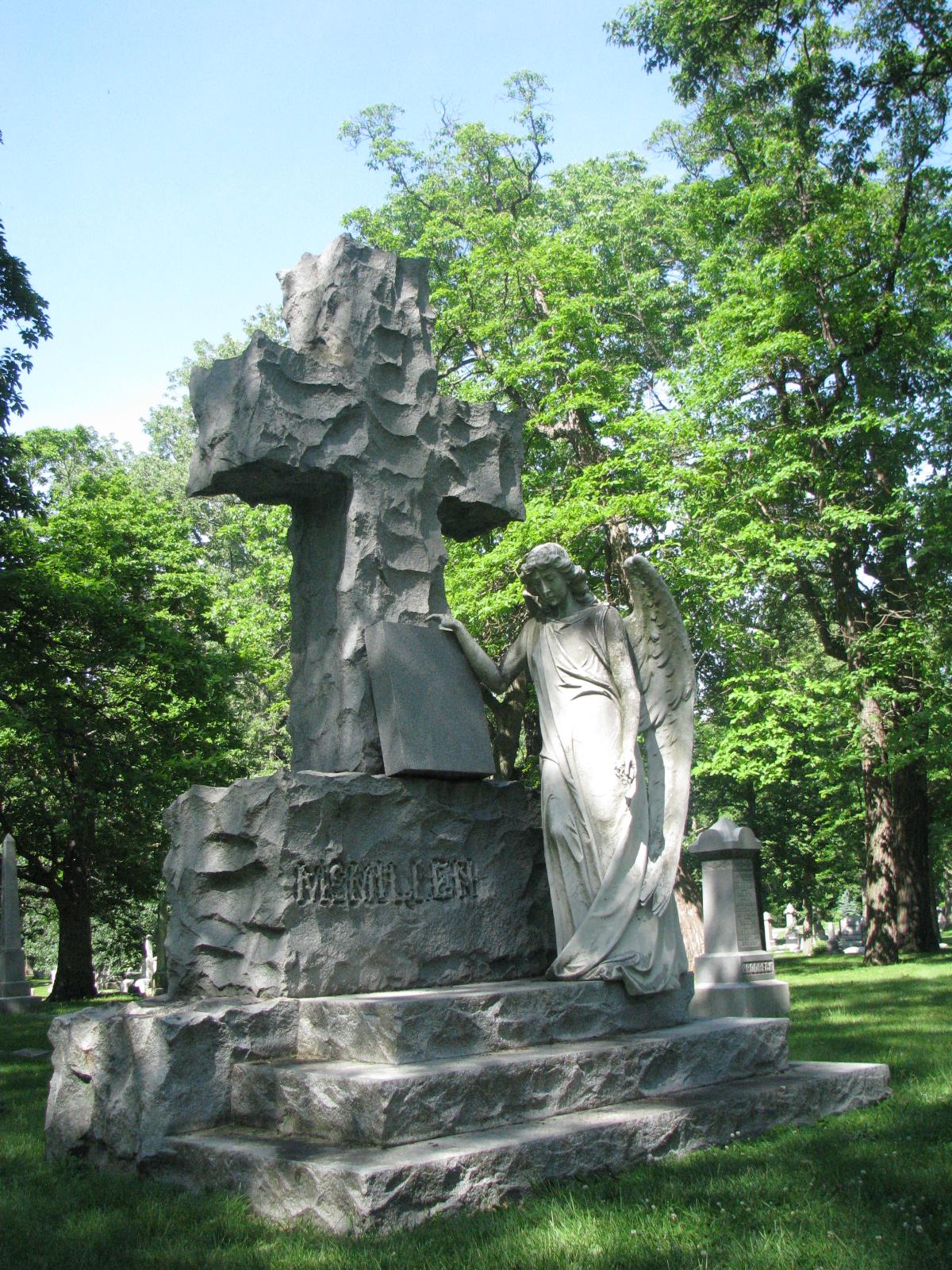 Today, Woodland’s 200 acres make up one of the nation’s oldest “garden” cemeteries. Its Romanesque gateway, chapel and Administrative office, completed in 1889, are on the National Register of Historic Places. The chapel has one of the finest original Tiffany windows in the country. 100,000 monuments, ranging from rugged boulders to Greek statues and temples, note the lives of people who helped to shape a young nation and a young city. With more than 3,000 trees on its rolling hills, Woodland is recognized as one of the area’ finest Level 2 Arboretums. Many of its trees are more than a century old.